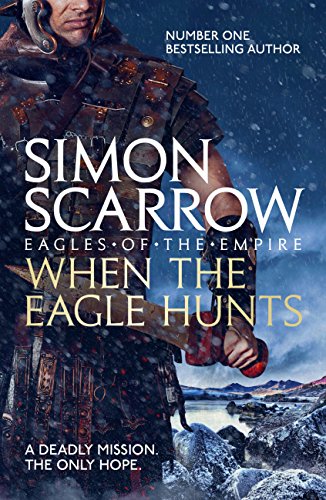 WHEN THE EAGLE HUNTS is the compelling third novel in Simon Scarrow's bestselling Eagles of the Empire series. For fans of Bernard Cornwell and Conn Iggulden. 'Scarrow's [novels] rank with the best' Independent

Britannia, AD 44. Cato, a thoughtful junior officer in the Roman army, and his commanding centurion, Macro, are simply pawns in Rome's lust to conquer Britain. During the freezing winter, the two men and their legion fight the native savages in hand-to-hand battles that haunt Cato for days after.

But in a place full of enemies, the most vicious are the Druids of the Dark Moon; brutal, merciless men who have captured the wife and children of General Plautius himself.

So Macro and Cato are given a mission: to travel deep into enemy territory and recover the hostages. If they fail, the fate of the Roman army may just hang in the balance...